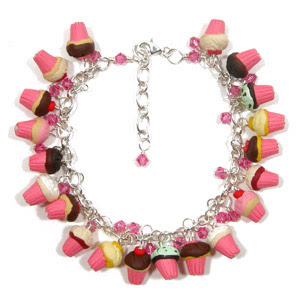 "THE TRADE-OFF"
by: R.C., Pascoag, RI
I worked nights cleaning medical offices. One night, as I was going from room to room, I helped myself to to some candy that was in a candy jar sitting on one of the desk. When I arrived home, I noticed that my charm bracelet was missing. I was so upset that the next night, I posted small notes around the offices asking if anyone had found it. I thought for sure that it had been thrown out with the trash. But the next day I received a phone call from a woman who had found it! After thanking her , I asked her where was it and she replied, "In my candy jar." Boy, was my face red!