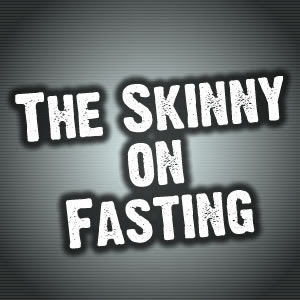 Fasting Ramadan is an obedience to Allah the Almighty, Who said in His Honourable Book; “O believers, prescribed for you is the fast, even as it was prescribed for those that were before you- happily you will be Allah fearing.” (2: 183)
( يا أيها الذين آمنوا كتب عليكم الصيام كما كتب على الذين من قبلكم لعلكم تتقون )
Fasting is a prescribed duty, and a private relation between man and his Lord, which Allah has guaranteed to reward for it. It was narrated in the Qudsi Hadith that Allah says; “Every act of the son of Adam is for him, except fasting. It is meant (exclusively) for Me and I give reward for it.”

The health benefits of fasting are :

Giving The Digestive System Rest:
Ramadan is the period of rest for the digestive system, which is responsible for the metabolism process of food.

*Consequently, The Liver also takes rest as it is the main factory of food metabolism. To achieve this benefit, Muslims should adhere to the tradition (sunnah) of the Prophet(s.a.w.) by abstaining from having too much food after breakfast. The Prophet (PBUH) said; "The son-of-Adam never fills a bowl worse than his belly. Some bites are enough for man to prop his physique. Had he wished otherwise, then one third for his food, and one third for his drink, and one third for his breath."

*It is of benefit to the body that the break of fasting starts with some dates (as indicated in the Prophetic tradition). Dates are rich in Glucose and Fructose, which have a great caloric benefit specially for The Brain, and are useful in raising the level of sugar gradually in blood, thus reducing the feeling of hunger and the need for large quantities of food.


Moderate Weight Loss
During fasting, the consumption of sugars decreases, and so does the level of sugar in blood. This makes the body rely on providing the needed calories for metabolism by burning sugar stored in the body. Glycogen stored in the liver, and fats in tissues are decomposed and transferred into calories and energy needed by the body. This results in moderate shortage of body weight. Therefore, fasting is considered of great value for overweight persons and stable non-insulin diabetes.

*Decrease of Cholesterol level in blood.
Several studies proved that cholesterol level in blood during fasting, as well as the rate of precipitating on the walls of arteries have decreased. This in turn reduces the chances of cardiac and cerebrovascular accidents, and prevents the raise of hypertension. Shortage of fats in blood helps reduce stones of gall and choledocus. The Prophet (PBUH) said; “Fast! You will be healthy.”

*Rest of Renal system.
Some studies revealed that abstaining from drinking water for about 10-12 hours is not necessarily bad; it is rather useful in many cases. Concentration of liquids in the body causes moderate dehydration that the body can tolerate, as there is a sufficient liquid reserve, and as long as man has no complaint of renal lithiasis, both kidneys get rest of the process of waste disposing. The prophetic tradition mandates that Suhur (a meal before the dawn) be delayed and Fotoor (the breakfast meal) be expedited, thus reducing the time period of dehydration as much as possible. Shortage of liquids leads in turn to moderate decrease of blood pressure that the normal man can tolerate and be of use to those complaining of hypertension.

*Educational and Psychological benefits.
Fasting Ramadan is useful as it has a restraining power over the soul’s whimsies, and an urge to abandon bad habits, specially when the smoker is obliged to abstain from smoking even if for a temporary period, on the hope such abandon will be permanent. This is also applied to drinking too much coffee and tea. The psychological benefits are numerous. The fasting person feels complacent, attains mental and psychological rest, refrains from all that disturbs the integrity of his fasting, and maintains the proper behavior controls, that all reflect positively on the general community. The Prophet said; “Fasting is restraining. When anyone of you is fasting, he should refrain from obscene language or any acts of ignorance. And if anyone slanders him or quarrels with him, he should say; ‘I am fasting, I am fasting.’” Several studies revealed that crime rate in Islamic countries decreases during Ramadan .