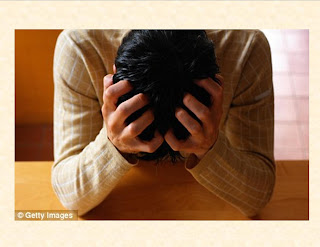 A brain allergy derives from food intolerance.  A lot of patients who suffers from brain allergies have been labeled mentally ill or even schizophrenic. These "Allergic reactions" may show themselves in a number of ways like hyper activeness, impaired concentration, or irritability. This seems to mimic ADD, which comes from food dyes and/ or additives.

Foods such as milk, wheat, eggs, beef, corn, cane sugar, and chocolate has been pegged as being the syndrome of cerebral allergies in adults. Many times the allergies appear incognito at the state of ingestion, after a few hours, a severe let down occurs, which causes a feeling of confusion, depression, unclear thinking, sleepiness, headaches, etc… These allergies run in families just the same as pyroluria.
***Actually, a person who suffers from pyroluria often suffers from brain allergies.***

Using drug treatment on a person suffering with brain allergies can be harmful. Nutritional treatment is best; they should use the noted vitamins as a defense which is Vitamin C and B6 which will help to alleviate some of the allergic reactions. Other helpful vitamins and minerals are zinc manganese, calcium, and potassium. The suspected foods that cause these reactions should be eliminated for several months. Allergy testing can be done through a method called intradermal testing (skin testing), if you are unable to pinpoint certain allergens.

The best cure or help for patients with allergies is to eliminate toxic foods with pesticides, chemicals, preservatives, and additives; living a more organic and natural life style.
Posted by WellScriptllc.com Kalandra Cooke-Goff, PhD | WellScriptllc.com | (313) 522-0085 at 7:38 PM